Because diversity matters, Richard Friend, Ph.D. and Judy Seidenstein co-produced and co-hosted the online talk radio show Diversity Matters® which gives voice to the power of inclusion in the workplace and in the world.

Because diversity matters, from 2006 to 2009 Richard Friend, Ph.D. and Judy Seidenstein co-produced and co-hosted the online talk radio show Diversity Matters® which gives voice to the power of inclusion in the workplace and in the world. Using their more than 50 years of combined experience helping build inclusive organizations, Richard and Judy engage with a wide range of thought leaders and practitioners in the field examining cutting-edge ideas, resources and tools that enable people and organizations to leverage diversity and inclusion for high performance. Below are a few of our favorite episodes. Download the complete list of episodes here. Contact us to hear additional shows in the library. 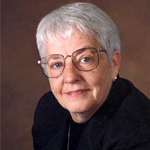 Jane Elliott: One of Diversity’s Most Provocative Educators (aired June 1, 2009)

In 1968, school teacher Jane Elliott created a microcosm of society by turning friendly and loving third graders into hateful little monsters who discriminated against each other after she divided her class in two solely based on eye color. Today Jane Elliott’s lesson is the cornerstone of many training sessions on diversity. Do the means justify the ends? Do the lessons last? Children are impressionable, what does this mean for adults in the workplace? Does this 40 year old window into a third grade classroom still have relevance today? Revisit our 2006 conversation with Jane Elliott, one of diversity’s most provocative educators to hear the answers.

Yolanda King, the first-born daughter of Coretta Scott King and Dr. Martin Luther King, Jr. is a living testament to the convergence of positive social, political and personal change. On this episode of Diversity Matters, Ms. King tells her family story and how the legacy of her parents’ work has shaped her path as an actor, speaker and agent of social change. Ms. King also describes her vision of inclusion as it impacts the workplace and the world. She shares her current efforts to achieve The Dream by encouraging personal growth and positive social change through her work as an actor, speaker, producer and a model of possibility. 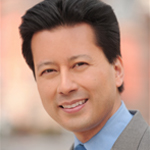 Have you noticed that even in cultures that claim to “celebrate diversity,” people outside the mainstream are still asked to “tone down” their difference? Have you or someone you know been asked or coached not to be so ethnic/gay/female/religious/working class at work? Back in the 1960s, sociologist Erving Goffman coined the term “covering” for the ways in which people are pressured to downplay stigmatized identities, often at great cost to their authentic selves. Drawing on that work, Kenji Yoshino, a professor of law and former deputy dean at Yale Law School, has written a book titled “Covering: The Hidden Assault on Our Civil Rights.” He joins Diversity Matters’ co-hosts Richard Friend and Judy Seidenstein to discuss the implications of “covering” on individuals, organizations, and a national civil-rights agenda. According to Publisher’s Weekly’s starred review, “As healing as it is polemical, this book has tremendous potential as a touchstone in the struggle for universal human dignity.” As both poet and law professor, Kenji gives voice to the importance of authenticity in the human experience as well as organizational life. 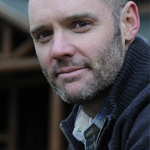 In his landmark book The Difference: How the Power of Diversity Creates Better Groups, Firms, Schools, and Societies, Economics Professor Scott Page reveals that progress and innovation may depend less on lone thinkers with enormous IQs than on diverse people working together and capitalizing on their individuality. Using new mathematical models, Page explains why​ diversity beats out homogeneity, whether you’re talking about citizens in a democracy, scientists in a laboratory or co-workers on a team. On this episode of Diversity Matters ® Scott Page discusses HOW diversity produces organizational strength and examines implications for businesses, schools and policies such as affirmative action and standardized testing. 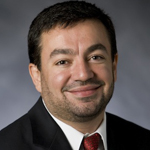 Just like any ethnic, racial or religious group, the 1.4 billion Muslims in our world today encompass an enormous range of beliefs and practices. However, in the United States, headlines all too often highlight radical Islam with stories of violence and terrorism. On this Best of Diversity Matters® episode, Duke University’s Muslim Chaplin Imam Abdullah Antepli joins co-hosts Dr. Richard Friend and Judy Seidenstein to discuss how the richness and beauty of Islam is distorted by “Islamaphobia,” the not so subtle form of prejudice targeting Muslim’s today. 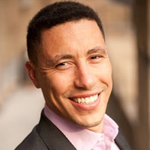 Most people understand that diversity of thought, background and experience are helpful in solving complex problems, tapping increasingly global markets and developing innovative products and services. How does diversity actually drive innovation? How can individuals, teams or organizations harness the power of diversity to produce true innovation rather than chaos and conflict? While many leaders understand the need to look for ideas and solutions in unconventional places; why are so many resistant to introducing different perspectives? Author, thought leader and entrepreneur Frans Johansson joins Richard and Judy to discuss exactly what you can do to promote innovation through diversity. Author of the international best seller The Medici Effect, Frans Johansson explains what goat milk and spiders, office buildings and termites, and clean water and playground laughter have to do with diversity and innovation. 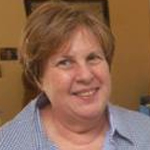 Most Americans pride themselves in the belief that all people have boundless opportunity. We often believe that since there are no landed gentry, or aristocracy and titles based on by birth, that class no longer matters today. Even the poorest people in the U.S. today often believe that through hard work, education and perseverance they can become wealthy. To what extent does class matter today? What are some of the barriers that exist that keep some people poor and others wealthy? In addition to wealth, what role do education, occupation, race, gender, ethnicity and other dimensions of diversity play in maintaining class distinctions and classism? Join co-hosts Richard Friend and Judy Seidenstein as we address these and other provocative questions with our guest Dr. Felice Yeskel, Co-Director of Class Action, and co-author of the book Economic Apartheid in America. 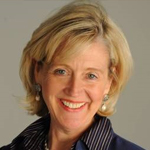 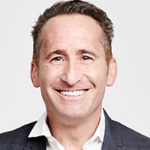 For the first time in our history, four very different generations are being asked to perform and achieve together in the workplace. Each generation comes to work with their own definitions of what it means to be a good manager and their own expectations around how they should be supervised. Our frustrations can be equally intense as we try to please four generations of customers, each one with their own set of values and ideas about products and services.

Being able to tap into generational differences and capitalize on the strengths and potential of every generation has never been more critical… especially as we focus on the future. On this episode of Diversity Matter® Baby Boomer Lynne Lancaster and Generation Xer David Stillman, generational experts and co-authors of the lively and entertaining best seller When Generations Collide. Who They Are. Why the Clash. How to Solve the Generational Puzzle at Work discuss how to understand and leverage intergenerational diversity in today’s workplace and marketplace.